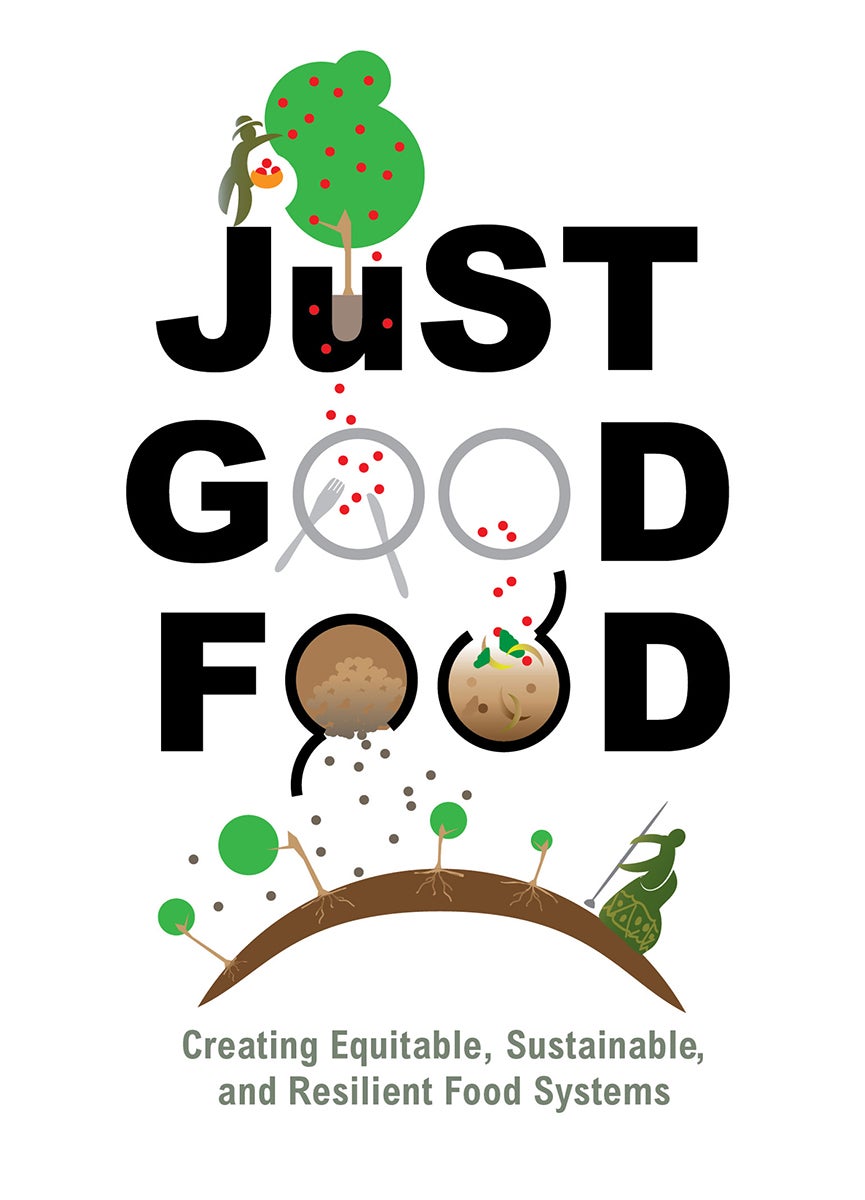 KINGSTON, RI – August 22, 2022 – The mere mention of the word food can conjure up different images for Americans: a big family dinner; a low-key evening at home with pizza; children and families around the world facing starvation; the behemoths of agribusiness; and growing interest and participation in local and sustainable agriculture and food production.

Despite these differing perceptions and experiences, researchers at the University of Rhode Island and elsewhere say we all share one thing: We are increasingly disconnected from the food system, except as consumers. The University of Rhode Island Fall 2022 Honorary Colloquium Coordinators, “Just Good Food: Creating equitable, sustainable and resilient food systems,” hope to change this lack of understanding and awareness. Additional details and information on other events can be found at uri.edu/hc.

The University’s first series of free public lectures will bring 10 experts to the Kingston campus to examine many aspects of local and global food systems on Tuesday evenings at 7 p.m. at Edwards Hall. The series begins on September 13 and ends on December 13. The symposium will also be available online. In addition to the lectures, the Art Department will present an exhibit related to the colloquium themes entitled “Some Food We Could Not Eat”, featuring the works of Kamari Carter, Jennie Maydew and Zoe Scruggs and the Rhode Island Food Policy Council will present organize a photo contest that will be used to illustrate the different elements of the Rhode Island food system.

Symposium coordinators John Taylor, professor of plant science and specialist in agrobiology, and Marta Gomez-Chiarri, professor of fisheries and specialist in aquaculture, state in their proposal for the symposium that in 1900, 40% of the American population lived in farms, and 41% of the population was engaged in agricultural production. Today, about 80% of Americans live in cities and less than 2% of the working population works in agriculture.

Citing a 2017 survey of Americans over the age of 18, 48% of respondents said they rarely or never seek information about where or how their food is grown or produced.

“There’s great interest in Rhode Island in terms of increasing food sovereignty, so in other words relocating the food system,” Taylor said. “It ties into the regional initiative, 50 by 60, whose goal is to produce 50% of the food in New England by 2060. Along with that comes our desire to make this relocated production more sustainable. and also more equitable in terms of people’s access to food.

The initiative, “50 X 60: A New England Food Vision,” is a report published by Food Solutions New England, a regional network coordinated by the University of New Hampshire.

“We have involved many people in the development of this symposium, and URI also has a new interdisciplinary program on sustainable agriculture and food systems,” Gomez-Chiarri said. “We are trying to draw attention to this program and its objectives.”

“We work with URI Dining Services and its director, Pierre St-Germain, because we feed our students, but they don’t know where their food comes from,” she added. “There are also food safety issues among students. So we are trying to increase our local food production from local farms, including those at URI. Most people don’t know about URI farms.

“It’s all part of the larger food system problem, and it’s been really underscored by the pandemic (COVID-19), in which we’ve seen breakdowns in global supply chains,” Taylor said. “For the first time in my life, I saw empty shelves in grocery stores.”

Taylor and Gomez-Chiarri said there is great enthusiasm across all disciplines at URI and among people interested in sustainable local food production.

The course of the symposium is structured around three main themes,

“Restaurants are a big part of that, and so we have two chefs coming in to speak, and one of them, Sean Sherman, is the founder and director of an organization called Sioux Chef (speaking Oct. 4),” said Gomez-Chiarri. “Our launch speaker, Winona LaDuke, is also a Native American expert on pre-colonial food and food sovereignty among native tribes.”

She also noted that Dawn Spears, representing the Narragansett Tribe, played an important role in organizing the lecture series.

LaDuke, a Native American activist, economist, and author, begins the series Sept. 13 with her talk, “Restoring Indigenous Foodways in a Time of Climate Change – Lessons for the 8th Fire.” LaDuke’s presentation is “The Eleanor M. and Oscar M. Carlson Women’s Studies Lecture.”

LaDuke combines economic and environmental approaches in his efforts to create a thriving and sustainable community for his own White Earth Reservation and Indigenous peoples across the country. LaDuke is an Anishinaabekwe (Ojibwe) enrolled member of the Mississippi Band Anishinaabeg. LaDuke graduated from Harvard University in 1982 with a degree in rural economic development.

Today, the mother of six adult children (three biological and three adopted) devotes much of her time to farming. Located on the White Earth Reservation in Minnesota, his farm grows heirloom vegetables and hemp. LaDuke tries to spread awareness of the environmental benefits of hemp: it requires less water to grow than cotton; can replace petroleum-based synthetic materials in clothing and other products; and absorbs carbon from the atmosphere, rather than releasing it. LaDuke’s Hemp & Heritage Farm is his latest venture; a non-profit farm and agency, its mission is to create an Indigenous women-led economy based on local food, energy and fiber that is kind to the Earth.

The art exhibit, “Some Food We Could Not Eat,” featuring the works of Kamari Carter, Jennie Maydew and Zoe Scruggs will run from October 15 to December 13, with an opening reception on October 15 from 3 p.m. 6 p.m., location to be determined. The curator of the exhibition is Rebecca Levitan, director of the main gallery and assistant professor.

Other topics, speakers and dates are: